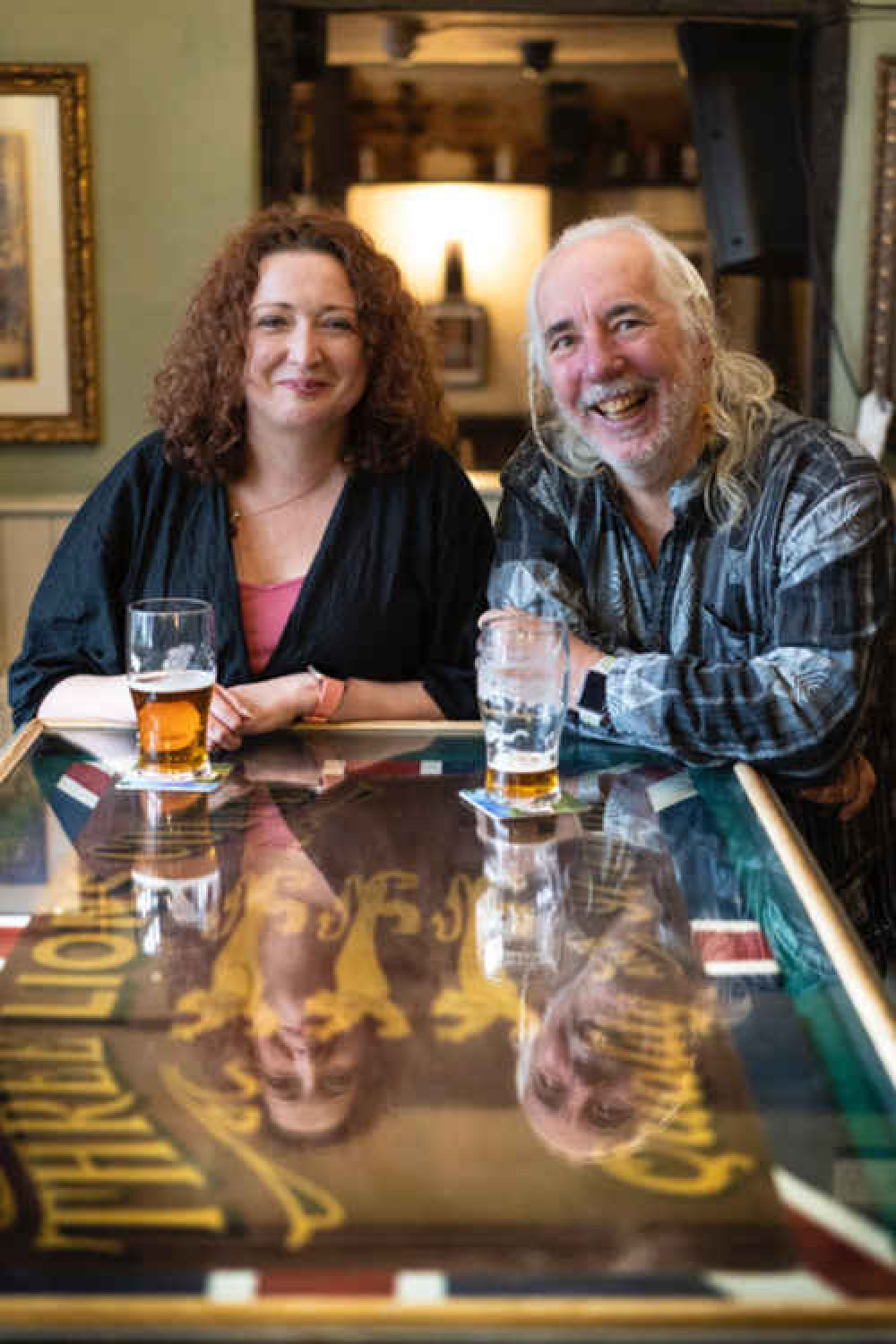 Cath and Martin are Mother of Order. Photo: Elizabeth Molyneux.

A pandemic is probably the worst time to release your first album.

For Farncombe folk duo Martin Hall and Cath Rogan, the two halves of folk group Mother of Order, the timing couldn't really have been worse, given that their big album launch was held only days before the country went into lockdown.

However, with restrictions beginning to ease and the end of the pandemic, one hopes, in sight, the prospects of playing live have lifted their spirits considerably.

The name Mother of Order is taken from the quote by French philosopher and anarchist Pierre Proudhon: "It is the liberty that is the mother, not the daughter, of order." His was the quote "Property is theft," and he was a leading light in the French Parliament after the Revolution of 1848. His views resonate with Martin and Cath: "We're both definitely left-of-centre kind of people," says Cath. "We're generally on the side of people, and particularly more recently, we have been involved in a lot of community things." Martin set up the Buy Nothing Godalming Facebook group, which allows people to give away things they no longer need, and to ask for items they require. It's an international movement, with several sites around the county and in the US. "The whole idea is that if you have got something to offer, and if you want something, you just post that desire or offer on the site," explains Martin. The benefits are two-fold: "One is the green aspect, the other is that the community help themselves and each other," Martin says. Cath works for Citizens Advice, and has spent much of the past year helping people struggling with the financial fallout from the pandemic. Mother of Order have been playing as a duo for about three years. Before that, both Martin and Cath were in a ukulele band that mainly played covers. Now the duo write and record their own music. Cath is proficient on the ukulele, while Martin plays several instruments: the mandolin, mandola, guitar and bass - and for good measure he's currently learning the violin as well. Warp and Weft.

The album, Warp and Weft, features songs based on an historical event that also saw local communities pull together to beat adversity: the Lancashire cotton famine of the 1860s.

Briefly, the cotton mills of the north west had expanded rapidly since the 1850s, but the American Civil War, which broke out in 1861, starved the producers of cotton, and the work dried up. Thousands of people were thrown out of work, and the threat of famine loomed.

Local communities and churches rallied round, opening soup kitchens and laying on classes to teach workers new trades, including carpentry, shoemaking, sewing and literacy. Some mill owners stepped up to the mark and supported their former workers too, but the crisis precipitated a huge exodus from the area: people left to start afresh in the US, Australia and New Zealand.

Martin explained how that became the inspiration for Warp and Weft: "Exeter University published a collection of 100 poems from the cotton famine which had appeared in newspapers and other publications at the time and could also be seen as advertisements seeking funds as much as expressing their plight. The Guardian picked this up and published an article about it," he said. "We saw this individually and mailed each other at the same time - 'Have you seen this? What if…'.  I put together an initial demo of one of the poems set to a tune, and the work started from there." There are 13 tracks on the album, 12 of them songs, plus an instrumental called Slowing Down that tries to express the factories being shut down, incorporating sound effects collected from the Quarry Bank Mill near Manchester. Martin wrote the music; they both crafted the words. "We put ourselves in the position of the people in the famine," says Yorkshire-born Cath. The duo spent three days in a studio in Churt, recording and mixing the songs, which were then sent for post-production, and pressing. The first batch saw 100 CDs produced, and Martin says they were confident they would soon be ordering more. Album launch.

The album was released on February 29th 2020 with a launch party at Dakota in Bridge Street, and the idea was to promote it at the series of gigs they had planned for the summer.

Of course, the summer's events didn't happen: "We've only done a couple of gigs since," says Martin ruefully. "Our last gig was the 12th of March in a pub in Leeds. We were coming back down south as the country closed in around us."

In normal times Mother of Order play a busy circuit, with a gig at least once a week: pubs, including Scratchers, and the White Hart in Farncombe; open mic nights, clubs and festivals.

Their repertoire isn't limited to the Warp and Weft songs, though – they play other traditional songs ("mostly of the saucy variety", says Martin) and a wide range of modern songs in a folk style.

Their performances have continued, over Zoom, but, as Martin says, it's not the same - and it's hard to gauge people's responses to the new material.

"When you are there in person you can smell the reaction," he says.

As Cath says, "Hopefully, when things open up again we can start playing. We'll be glad when it all returns to normal."

In the meantime, you can get your hands on a copy of the album on the Mother of Order website or download it from Spotify or other streaming platforms.

Mother of Order are also available to book for performances once Covid restrictions allow. Visit the website to get in touch.

Planning an event? Add it to our What's On!

Schoolchildren look to the future with tree-planting project 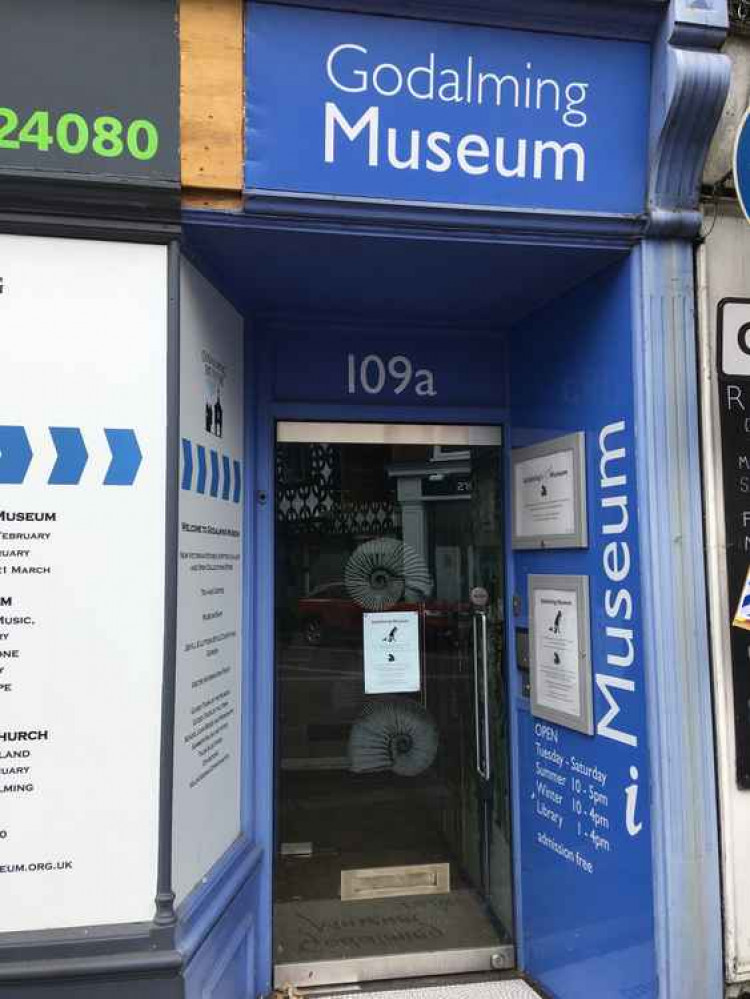 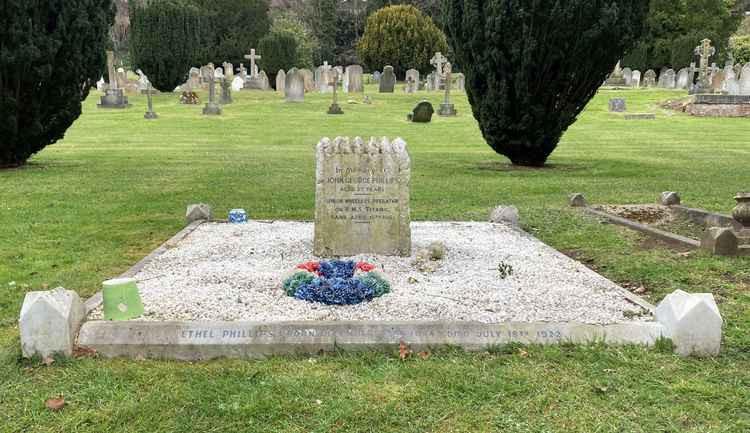 109 years on, remembering a hero of the Titanic disaster

Find out how to

Subscribe now for weekly updates of local news and sport from your town. Plus what's on near where you live - and local homes for sale. All delivered straight to your in-box, every Friday.